Is It the Right Time ?


Living on the east coast of Canada as I do, we experience time changes twice a year.  On Sunday at approximately 0200 hours our time...or rather our clocks... moved ahead one hour. This is known as Daylight Saving Time. The idea, initially during the first world war, was that it would be an energy saving idea.  We would not be sleeping through an hour of precious sunlight. Now, however, it is being debated as more and more research indicates that our bodies suffer from this 60 minute loss. Apparently there have been cardiac issues and road and pedestrian safety is involved.

As I was at a loss for pictures for my Wordless ( guess that part is lost) Wednesday I decided to take a couple of views of a rather unique clock that was given to me as a gift. I apologize for the  composition of the photos but at least you get the idea. Enjoy.

Question: Are you for or against time changes to accommodate daylight hours? 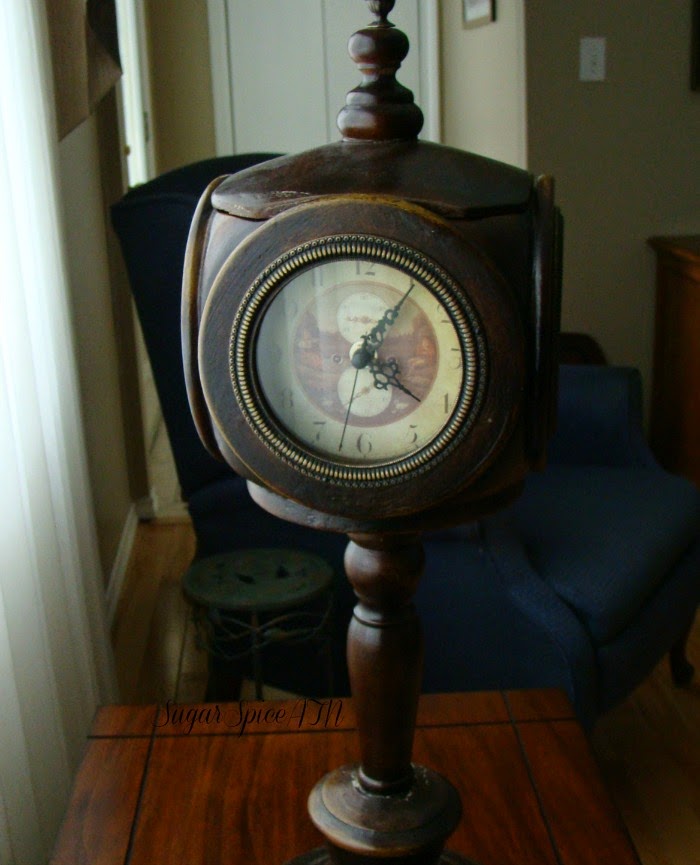