A Passing Reference to the Past

A Passing Reference to the Past

Have just finished the book club choice for this month and was reflecting on the theme of it. Clara Callan, by Richard B. Wright, was a story of two sisters and their vastly different lives in separate cities... actually separate countries. They communicated, for the most part,by letters. For the benefit of those who are unfamiliar, this was how people reached out to each other by writing their thoughts and emotions on a piece of paper using cursive writing. My post is not a review of this novel but rather a segue to what I eventually discovered. 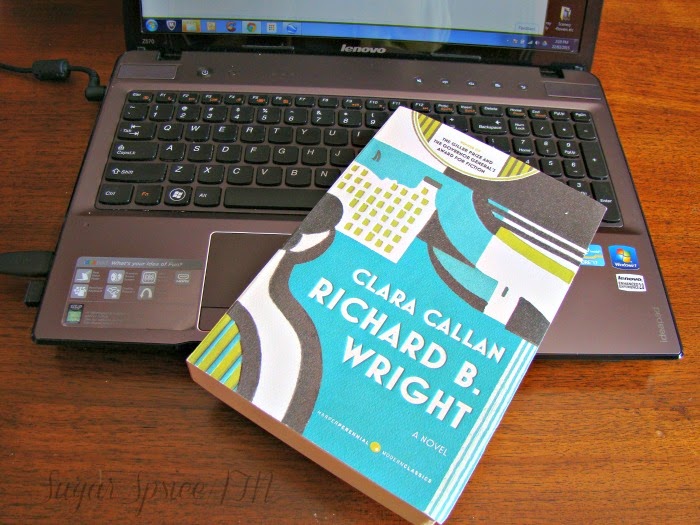 I found a scrapbook lovingly preserved by our grandmother with the letters, pictures and memorabilia of a bygone  era.
These treasures were not of commercial or financial value. They were instead, remnants of lives that until recently were just names to me. Many, if not most people know stories of their parents lives, a few, like myself, are fortunate enough to have clear ( most of the time) recall of events and times of grandparent's lives.  What I found was like a crystal ball depicting a short time in the life of my father's grandparents. My great grandparents! 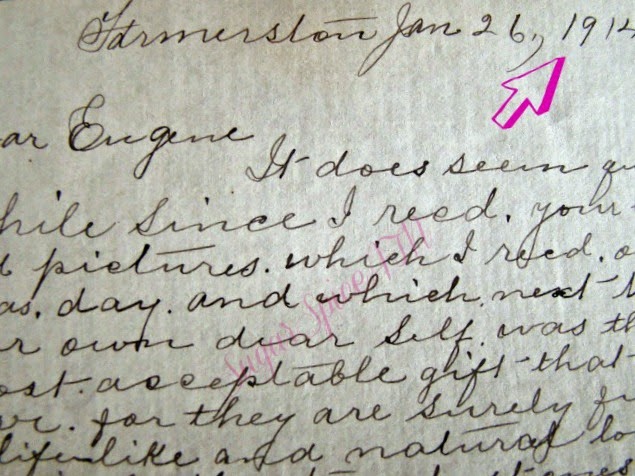 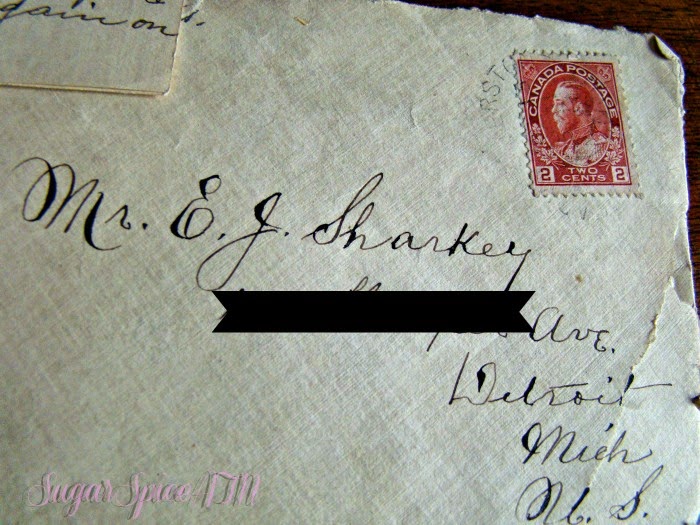 I will not bore you with details, but hope you enjoy the photos of a couple of the letters that she wrote. The detail of her handwriting eloquently and lovingly expresses her thanks for gifts received and expresses her concern that her health was deteriorating.

She describes a long and weary winter  and that she is "suffering from La Grippe".(flu)
And in the letter below she speaks about "mounds of snow as if it were January" and it is April 5th. 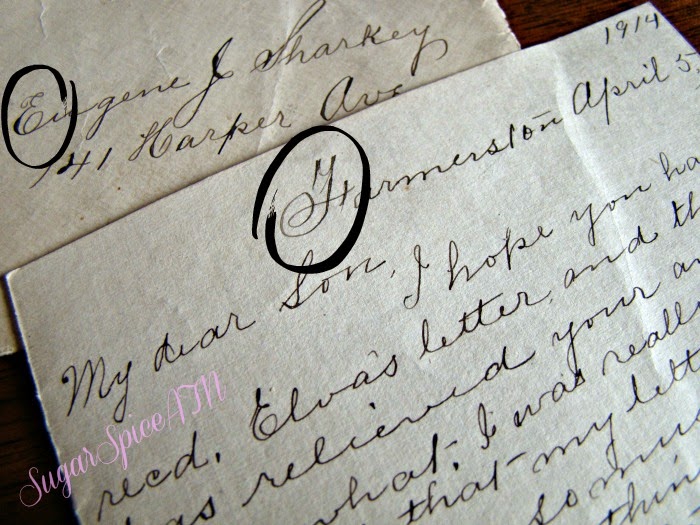 I have circled  just two of the upper case letters that in themselves are a work of art.

By comparison this is a short communication  between a mother and daughter today. Many of the same sentiments just shorter and faster.... just like our lives. 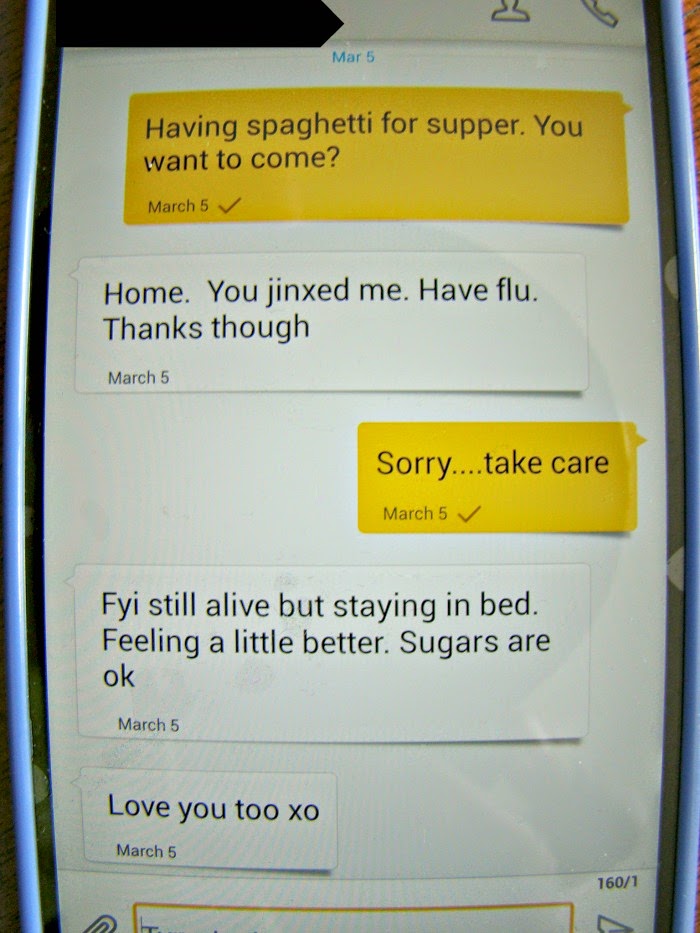 I can't help but wonder what  my great grandparents ( seen below)  would think about the world they bequeathed to  us. There have been many changes and I feel that most  are good, others... well... not so much. 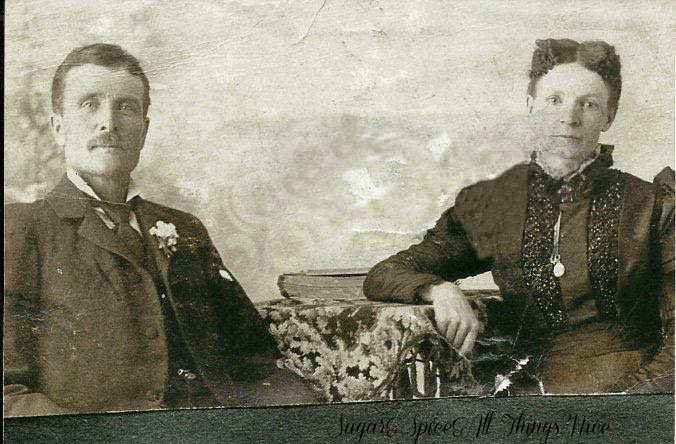 Being able to see the faces and have a peek, however limited, into their lives  makes them so much more real to me and to others in our family. This photo is obviously a special occasion, a wedding? Perhaps even their wedding.