While walking and driving about my city this week,  I managed to capture a few pictures. Actually I should clarify that I was not behind the wheel and was therefore able to look about and find something that I thought might be "post-worthy".  This is not an easy task as there is not a lot of Spring evident, at least in the conventional Hallmark, tulips -blooming-fluffy yellow chicken, aspect. Thanks to hubby for being my chauffeur. 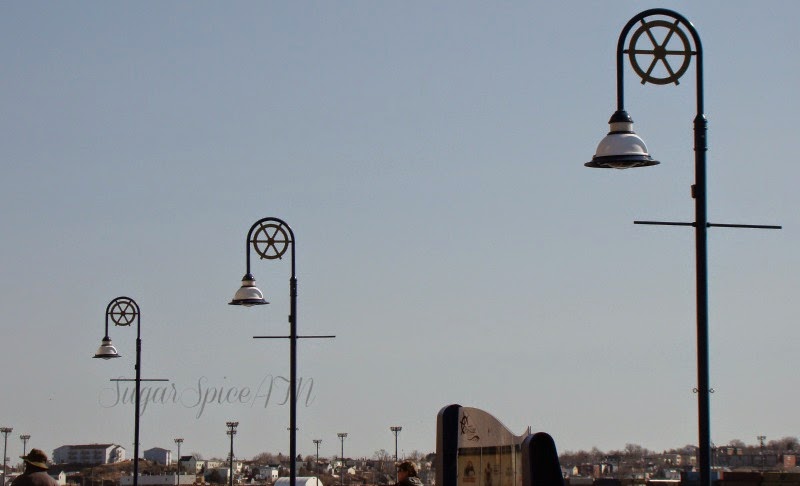 While walking along an area called Harbour Passage which as you would expect borders the large  harbour of this port city, I noticed these lights. There was something about the wheel of a ship in the curve of the light that drew my eye to it. 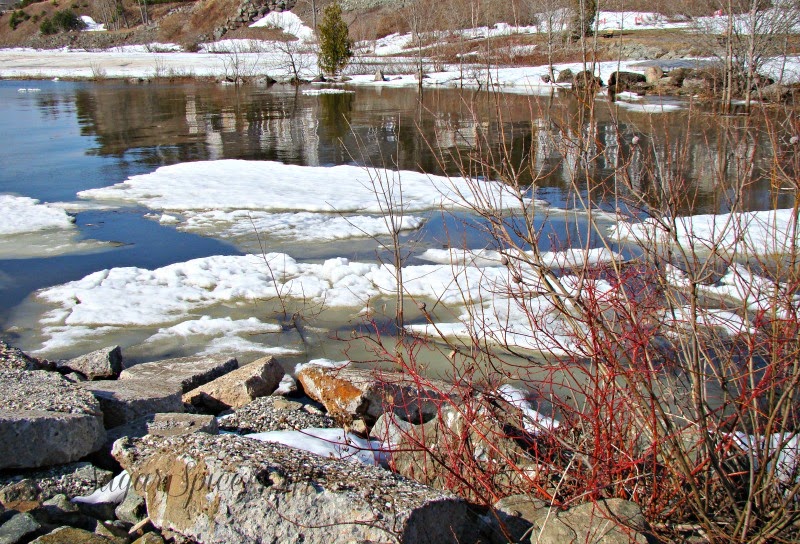 Another manifestation of spring is the ice break up.  I like the color in this one. From the dogwood in the forefront to the rocks, ice,earth and sky reflecting in the water. 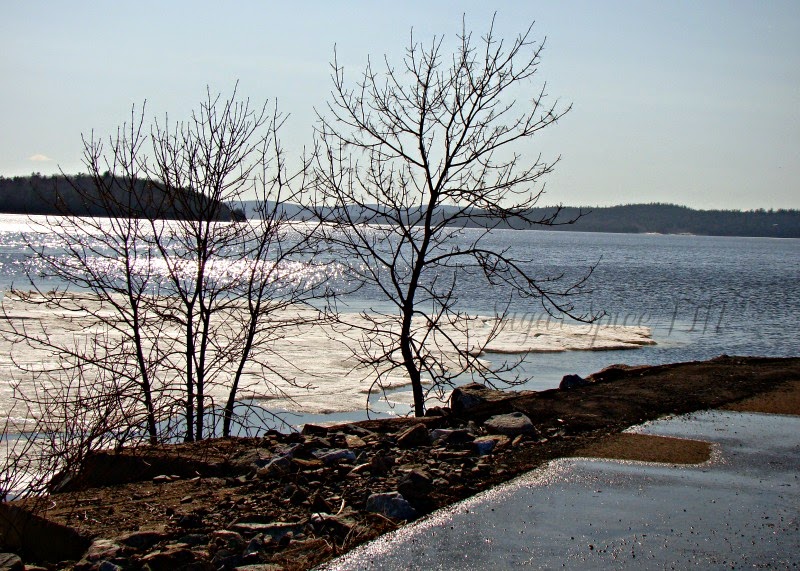 Trees just waiting for buds to appear. The Kennebecasis River ice has broken up with only a few chunks left. In case you haven't noticed, I have fixation with water and trees in photos. 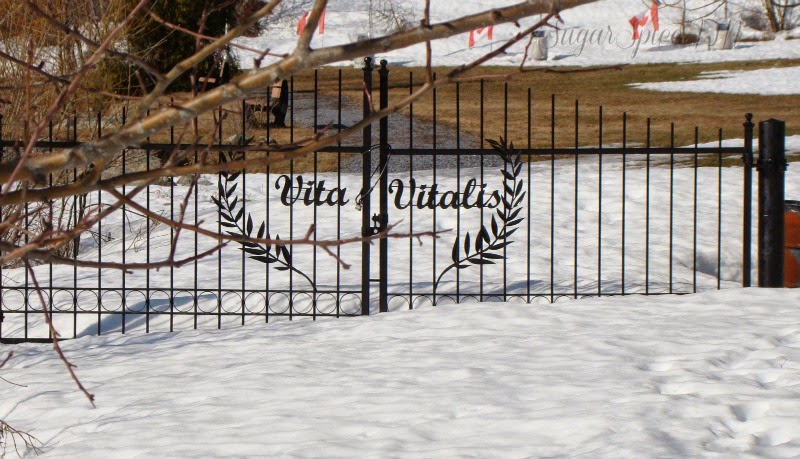 The gate is still closed on this memorial park. It is to honour a local soldier who lost his life in Afghanistan. Will probably be opened  in mid May. In case you are wondering, the latin phrase Vita Vialis means " A Life Worthwhile".