Nature is an absolutely wonderful force. Sometimes it needs to be "reckoned with", other times appreciated and still others one needs to put it in perspective.

Nature, in this case the seasons of the year, allow those of us living in the east coast of Canada to have 4 very distinct seasons and they all arrive each year....some sooner,some later and stay for varying amounts of time. This time has been averaged over 12 months and amounts to approximately 3 months each. An example would be the ever illusive "Spring". Beginning on the 21st of March and ending on the 21st of June according to the calendar, anyway, it heralds the arrival of new buds on trees , new growth in our gardens and a lilt in our step. The rather  seedy side of  Spring is the rotting snow permeated with the dirt, sand and twigs of a hard winter.

Three of the attributes of this Spring..... other than it's rather tardy arrival .... would be ~ 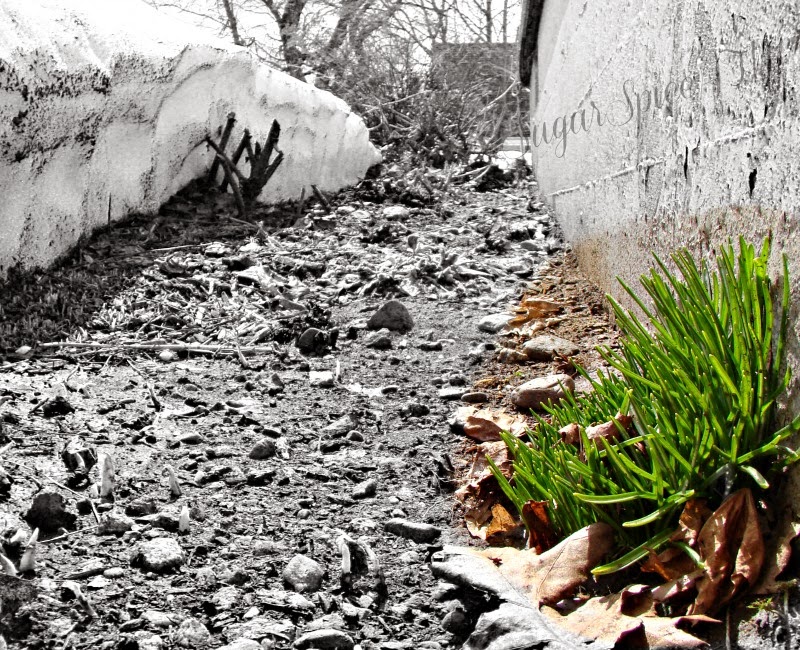 This plant that is called Star of Bethlehem  or Ornithogalum Nutans, for those of you who prefer its botanical name. It was given to me by a wonderful neighbor and is usually the first plant to appear each year. The snow has just begun to recede and left this 8-10 inch swath next to the house, and BOOM, there was the pretty greenery. 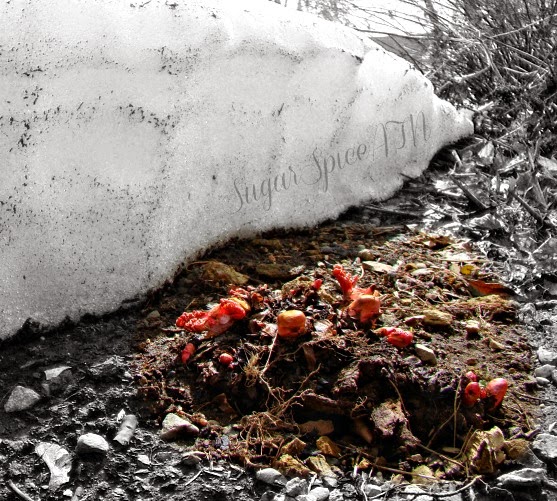 As you can see, the snow has just backed off the ground and these tiny little heads of  Rheum rhabarbarum or Rhubarb  have persevered and waiting to grow into...... a pie for me!!! Incidentally , this is one of two batches I have and it was also given to me by another neighbor. ( Maybe I'll share my pie with her.)

While gazing wistfully out an upstairs window recently, trying to wish-away the ice and slush, a lovely reflection caught my eye. I love the beauty of trees, even when the branches are bare, so could not resist capturing this reflection on a vehicle. Sometimes we have to search for the beauty.