And They Call It Puppy Love

I have been an animal lover as long as I have had a memory. We had a cat... or feline friend... as you cat -lovers would call them for about 6 years, a lovely seal point Siamese cat.

After a period of being pet-free ...but not child-free, we decided to get a dog..... a six month old Golden Retriever... that became part of our family for 10 years, and later, another  Golden that lived with us for an additional 8 years.

The feeling of loss that we experienced with the last pet was the deciding factor in our resolve not to have another pet..... in our home. But like "grand" children, "grand" pets can visit, romp and play, give and receive lots of love..... then return to their respective homes.  This  is the case with  "Zoe"  (rhymes with Joey), an 8 week old Golden Retriever  that belongs to our daughter and son-in-law.

I just have to show you this cuddly sweet- faced little bundle of fur...... cuteness overload if ever there was one! 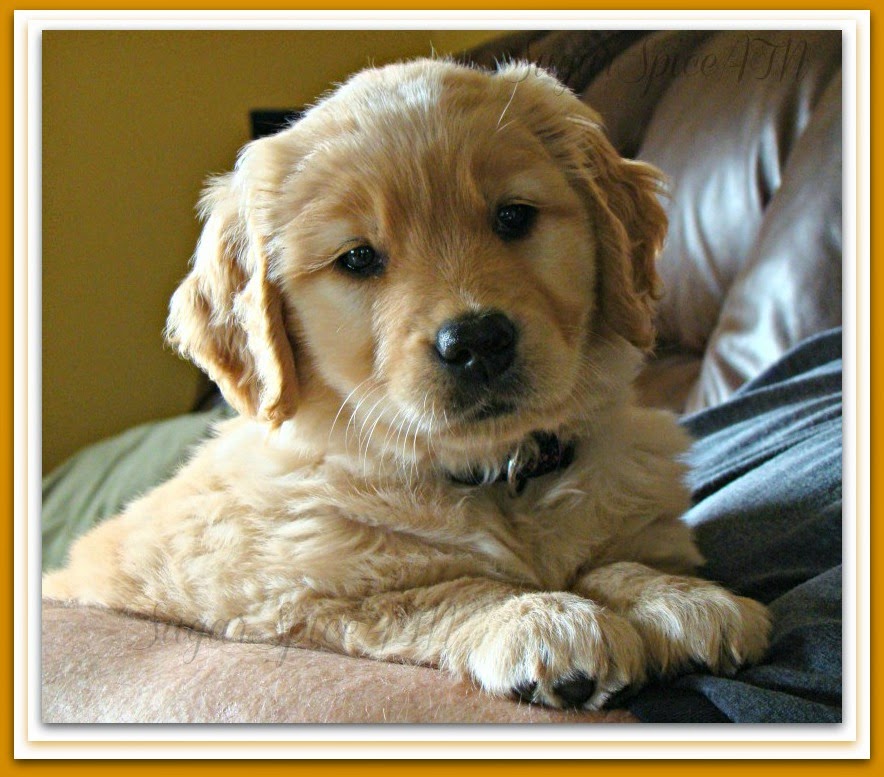 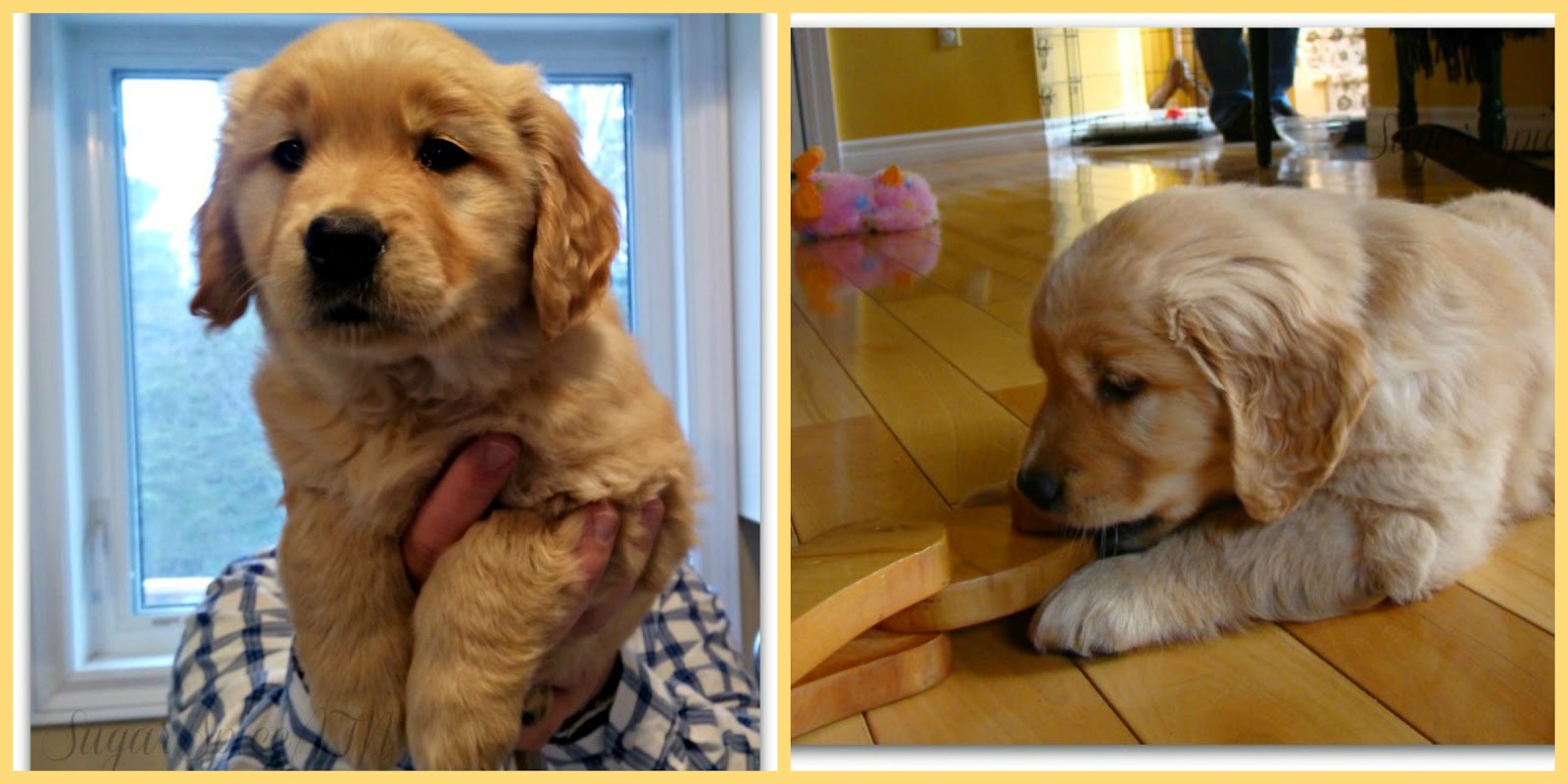 --Zoe made her public debut as an added feature  at Book Club, that was being held at our daughter's home. As was expected, she was met with rave reviews!

--Not being used to "teething canines" for many years, we were quick to remove anything chew-able, especially a wooden teddy bear that my son made in  shop class many year ago. 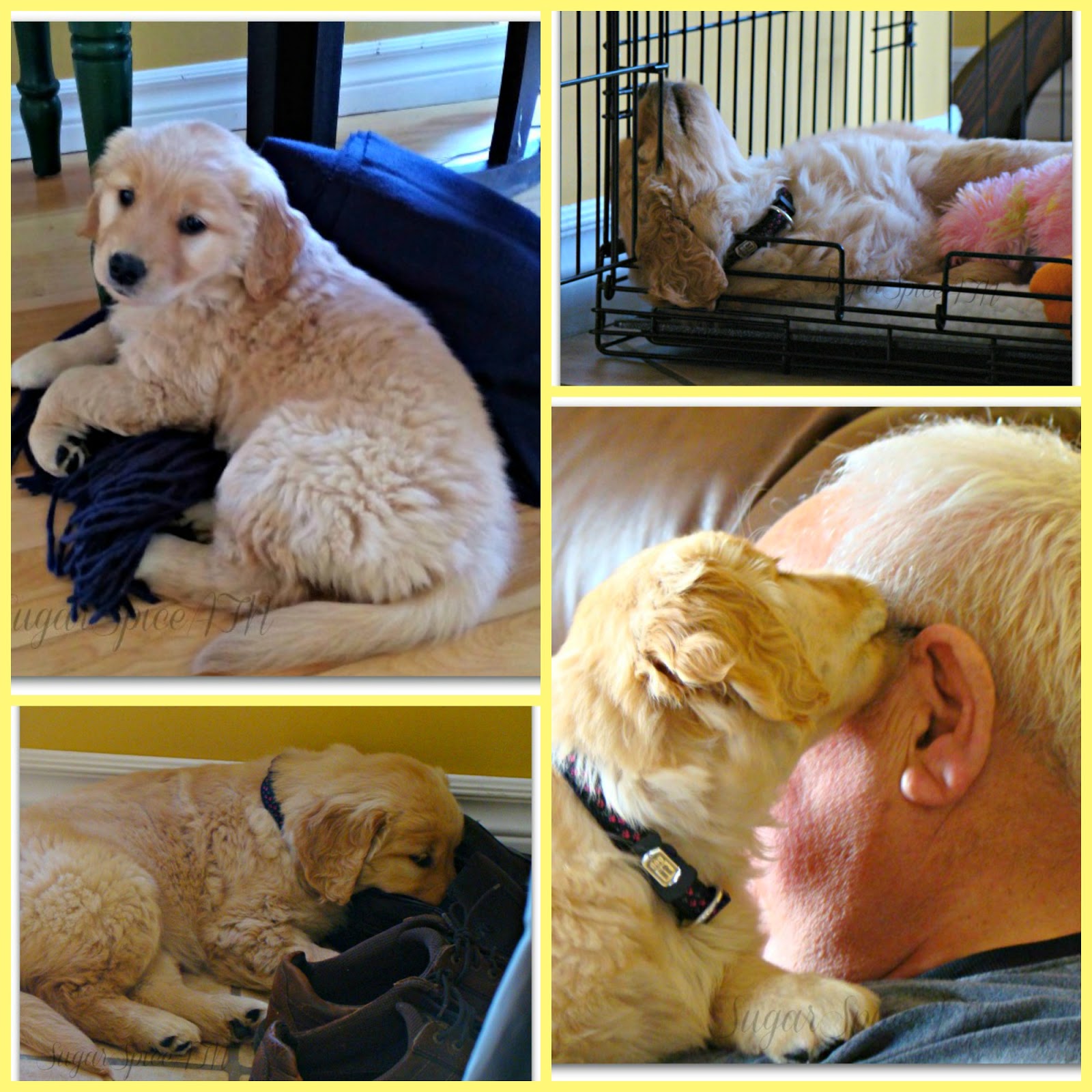 --The fringes caught her attention...not to mention her teeth... and the softness kept her warm. This was a gift from my sister, but fortunately it washes very well!

-- Who knew dogs slept like that? I almost had a heart attack when I saw her like this!!!

-- I always thought dogs had a super sensitive nose..... obviously not in this case.  LOL!

--? Whispering in Papa's ear or biting his glasses.. I'm going with "Dog Whispering"!