As I am pretty much house bound, except for shoveling and snow blowing,I have not had the occasion to go out for new photos.  I decided to take advantage  of  chattels  around  our house  from an earlier time and use them for my "WW" photos. Important Notice: I am NOT including shots of my Hubby or myself. We may be mature, but definitely don't fit the "antique" description!

Each of these items are well seasoned, and  are not functional now . They do, however, serve as interesting conversation pieces.


This statue on a marble base has been in my husband's family  as long as he can remember.  It is made of some type of metal (?brass) and I was told it has been painted a  gold tone.
What I do know is that it is VERY heavy and is not moved often!  A brass plate on the base states it is called "L'Automne by/par Noon." There is great detail on this little lady as noted with the delicate finger and toe nails.   Sometimes it is just a nuisance, but can't bring myself to discard it. 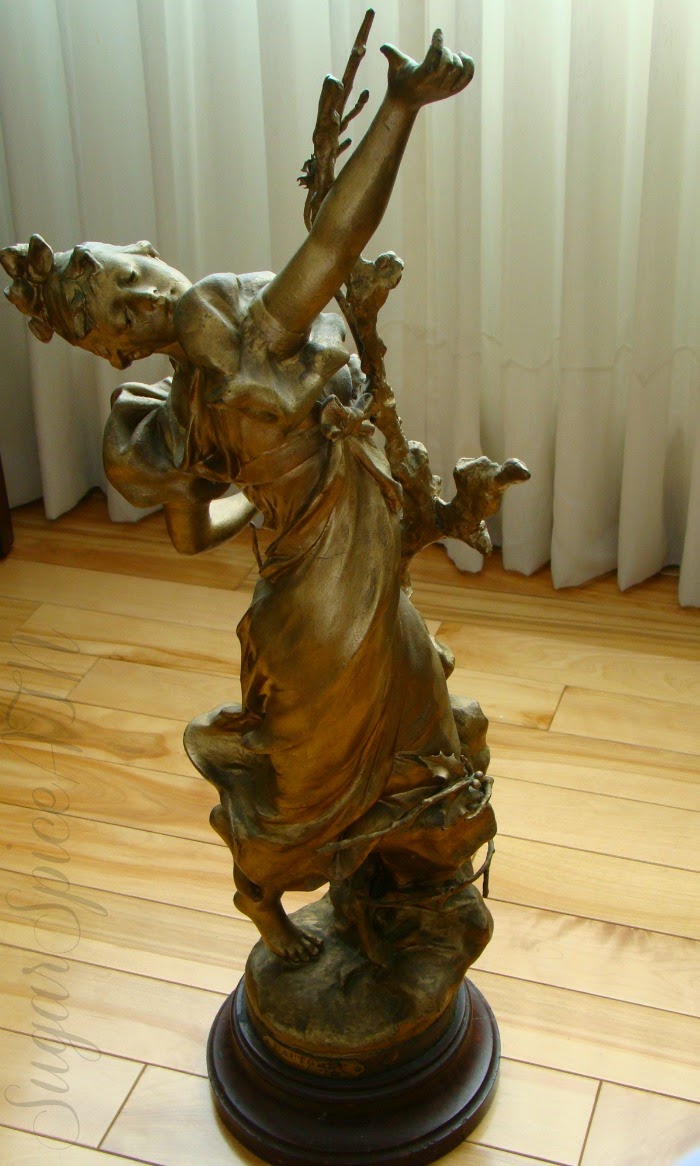 I would be willing to bet that many of you ( much younger) people  would have no idea what the next photo is.  It, or a similar version, could be found in just about every home at one time, or so I have been told. It even predates my parents! There are a two more pieces to go with this but in an attempt to de- clutter, am only displaying two. It is  called a porcelain Bath Set.   It was in storage  when we were younger and raising a family but now it's a bit safer to  display as a memento of another era. 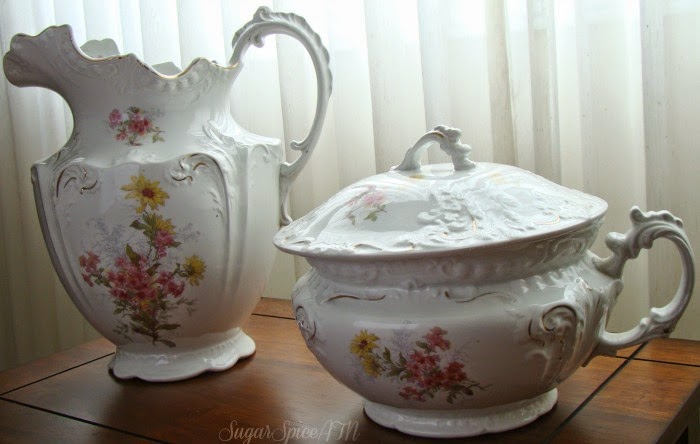 And lastly, this chafing dish was a wedding gift to my paternal grandparents....... in 1910! Still in pretty good shape for 115 years old.   I have never used it for its intended purpose, but treasure it none the less. 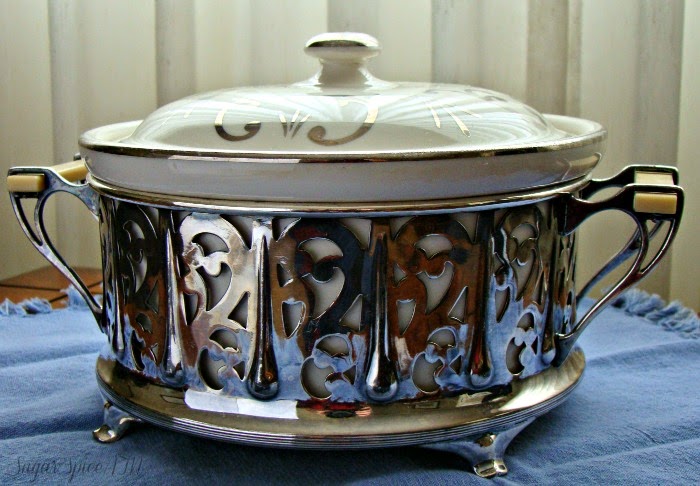 I could do a full post on each of these items, but for now will settle for this.
Hope you have enjoyed this pictorial journey through time. See you again next week. :-)